We spent the day at our friend Linda's house yesterday and dyed everything that wasn't pinned down. 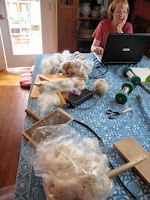 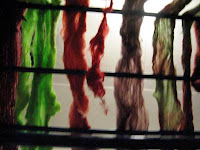 I was having some anxiety about dyeing those skeins after all the labour involved in making them, in the way it is hard to make a drawing on a sheet on very expensive, hand made paper. But once we started plunging the fibres into those colours, it was so exciting and magical that I wanted to dye everything. And we nearly did too. 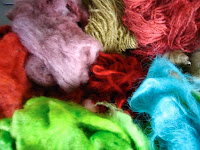 Linda used to own a yarn store in Saskatoon. She used to spin too but for nearly 30 years her wheel has sat unused. Yesterday, she used it again for the first time in 30 years! Like riding a bike, my friends. 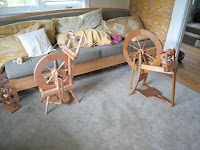 We had ourselves a good old Newfoundland spinning frolic!
Posted by Robyn at 9:57 AM No comments:

Making hay while the sun shines

After the busy time of getting the big celebration off the ground and entertaining visitors, things have settled down here a bit. But that doesn't mean we are getting lazy. Oh no. Here are some pictures from the nearby organic farm/creative center/gallery run by our neighbor, friend and artist, Colette Urban. She calls her place Full Tilt Newfoundland. 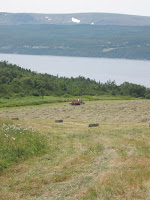 It is in McIvers. Her field looks across towards Benoit's Cove. See that little white blotch up on the mountain...it's snow! 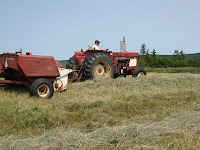 I haven't just been standing around in a hay field taking pictures either. I have been on a veritable spinning binge in preparation for a veritable dyeing binge. I have almost spun up a pound of merino sliver. Here are two skeins drying in the sun: 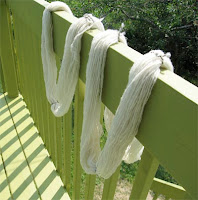 I have to say, this is some of the best spinning I have done to date. Just look at that delicious merino! Now imagine it dyed a beautiful shade of...? 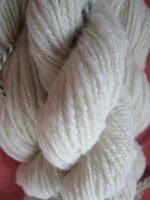 Slow Down, You Tour Too Fast

Last summer I noticed that nearly every visitor to the museum would do the walk through in about 20 minutes. All my efforts to get them to stop a moment, have a cup of tea and a bun, or participate in some way, were met with a glance at their watch and "no, no, we have to get going...". While I tried not to take it personally, I did think I was doing something wrong--things were too subtle, or there were not enough three dimensional things in the livingroom. Or I thought there was the "museum behavior" issue in which people act as though they are in a museum (a regular museum not my house as museum), and so the idea of kicking off your shoes and settling in for tea was just too far to leap for most. So, I was thrilled when this year's project meant that there are engaging elements in every room. There are places for interaction everywhere, plus audio tours for the people who are uncomfortable with me hanging around them, even some wall text for those who feel the need to read about what they are seeing.

I had nipped the 20-minute tour problem in the bud.

And this year? Same darn thing! Twenty minutes in, and "no, no, we have to get going..." What the...? What about the videos? the audio tour? the chance to try rug hooking or spinning? the opportunity to get your family tree on the wall? the damn tea buns??? Why oh why will no one eat my tea buns?

After thinking it over, I have come to the conclusion that it is not all my fault. There is something about being a tourist, even if it is in your own hometown, that makes people breeze through places. People are always on their way to somewhere else and have "just stopped in" which translates to..."20 minutes and we are outta here".

I was discussing this situation with Marlene and she suggested we start a revolution, a slow tourism revolution, based on the ideas promoted by the Slow Food people. Of course, being local is a big part of Slow Food, but perhaps slow tourism, or should I say, Slow Tourism, could mean to go to one place and explore it slowly, on local transport or on foot, or bike. While you may be spewing large amounts of carbon to get to Newfoundland, once you are here, easy does it. Take your time, talk to people, hook a rug, draw a picture, eat a tea bun. Nice and slow.

Let the revolution begin!
Posted by Robyn at 10:04 AM No comments:

The celebration was held: the weather cooperated; people came and ate and looked and listened; music was played; jelly was judged. All in all, it was a lovely day.

For the full experience in pictures, please click here.

Many, many thanks to Marlene MacCallum for all her hard work. And many thanks to all the wonderful people who participated in Step Out of The Room, and have offered the rest of us a glimpse into their lives: 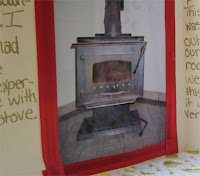 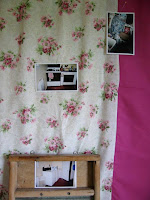 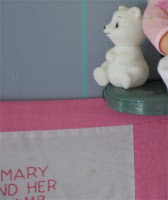 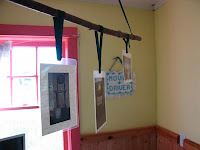 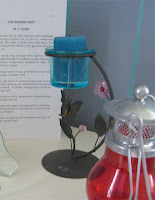 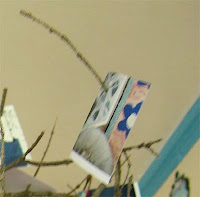 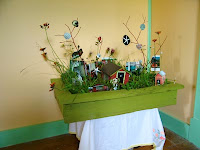 And a fantastic late entry from Carol Mitchell.

You guys are the best!
Posted by Robyn at 8:03 PM No comments:

There was a funny moment during the Weekend Arts Magazine interview when the host, Angela Antle, thought the spinning demonstration listed on the announcement for our BIG JULY 14th CELEBRATION was going to be an exercise demo. Yes, that old Newfoundland tradition of riding stationary bicycles. No, no, I meant spinning wool and I am hoping to draw in (get it??!) a woman I met recently who has an old wheel and still uses it regularly. I think it will be a whole lot more interesting to watch her spin than it will me, but I can't say for sure she will be able to come.

Her name is Ada and is 83 years old. We met not too long ago. I showed her my wheel and she was a bit mystified, never having seen one with double treadles or bobbins--she didn't even dare try it because it looked so different from her wheel. She did card up some of my icelandic fleece. It was fascinating! She is a virtuoso. As usual, after the fact, I thought I should have video taped her hands. It was so beautiful to watch their movements. But we determined that we must get together again very soon. She has promised to teach me thrumming, which is her big thing. Before she left I offered her two skeins of icelandic I had spun up and she was very pleased, which made me very pleased. A woolen bond!

It was during that visit that I learned that women used to wash wool by hanging it in a burlap bag on the clothes line for a couple of weeks. Either that, or by submerging it in a fast running brook. I decided to try out the first technique since I just happened to have (ahem) some fleece around. I put it in cheese cloth and hung it out. It has been two weeks and I would say it is nearly ready. I don't know why this amazes me so much, but it does! 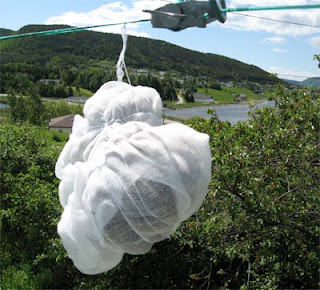 Of Hedge Clippers and Koans

I've been mowing the front lawn with a pair of hedge clippers. No, I have not become some total OCD uber-Martha. Far from it. Rather, the weather of the past week and a half or so has been like this: dry and sunny for many days and then rain for many days. During those many days of rain the grass, and I use the term very loosely here, decided to use up all that stored up sun energy and it grew to be very, very high. Too high for my push mower, which on a good day seems to mostly mash and crush more than mow. (Nothing against push mowers - I love them and think everyone should use them - but I think I got a cheapy not meant for "grass" of our...errr...quality) In any case, I thought I would just use the clippers on the lawn to jump start the process.

Four days later and I am almost finished. The end is in sight, although I am beginning to think that this is a painting the 59th Street Bridge kind of situation, i.e. by the time I get to the end, it will be time to start over again. But I digress.

Clipping such a vast amount of high grass is a meditative process and one that has its own set of satisfactions as long as you keep your goals simple. And it has offered moments of clarity. For example, just before heading out for today's allotment, I was contacted by the CBC station in St. John's about doing an interview for the Weekend Arts Magazine on Thursday. As I was clipping, I began to imagine all the witty and insightful things I might say and no doubt will forget completely come Thursday. This train of thought led me to think about how to sum up what exactly this project is all about. Something about defining Newfoundland culture - that much I know, but what exactly am I getting at here? That's when I had my moment of clarity: this project is a giant, three-dimensional koan: "What is this place?"

Like a koan, there is no real way of conveying an answer to this question in words. We can talk about it, around it and try to describe it, but ultimately, it can only be known through experience.

This doesn't help me put my thoughts together in a more coherent way for Thursday but I did clip a heck of a lot of grass!
Posted by Robyn at 8:01 PM No comments:

...was very quiet and kind of grey. But that was ok since Step Out of the Room is still waiting on a couple of the projects and I am waiting for two of the audio guide creators to finish up. Also, it was Canada Day and people tend to have other plans than examining Newfoundland culture. I dunno why - I am always ready to talk about.

We did have a good time AFTER the museum closed: Fireworks and bonfire on Gillams beach.

It was a day for another celebration too: 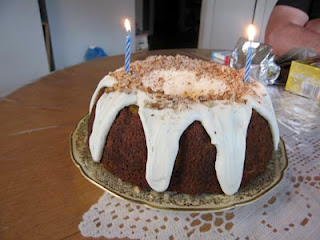 Hint: I am the same age as the answer to the meaning of life, the universe and everything. Thank you Olive for the delicious cake!
Posted by Robyn at 2:52 PM No comments: