SpinCycle at The Brooklyn Museum

What do you get when you have a bicycle, a spinning wheel, a metronome and a mirror?

You have SpinCycle - a new project that will have its World Premiere at The Brooklyn Museum on Saturday, April 6th from 7 − 9 p.m. as part of their First Saturday program.

Please join me!  In fact, I need you - SpinCycle depends on your participation.  Come pedal and spin yarn and spin yarns.  Finger knitting also will be taught by Miranda Norris and Shannon Hayes (and maybe Lucy too) using yarn donated by the ever-generous Lion Brand Yarns.

For the bicycle part of the project, I have been working with the awesome crew at Recycle-A-Bicycle, who, as it turns out, have a warehouse a 1/2 block from my studio.  It looks like this: 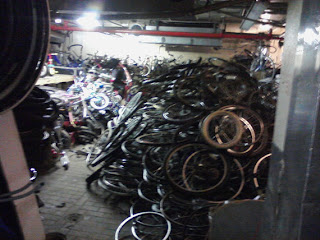 But from that, they pulled out this: 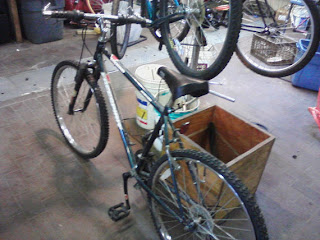 Add the spinning contraption, the mirror and the metronome, and darling, I will see you there! 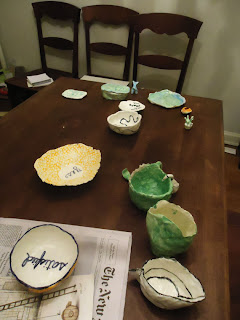 If there are scattered pieces of pottery hanging around the dining room table, then you know only one thing is possible.  Yes!  We are back working with our delightful pottery instructor, Stacey Cushman. 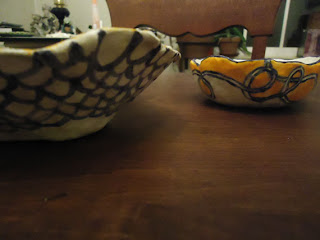 and, in keeping with the generally wooly theme of this blog:

“‘Now take a sheep,’ the Sergeant said. ‘What is a sheep only millions of little bits of sheepness whirling around and doing intricate convolutions inside the sheep? What else but that?’”

The Beat Goes On 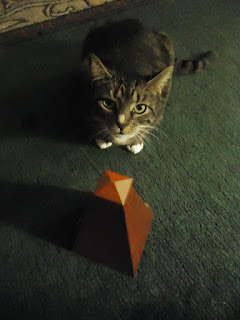 In case you were wondering, the combination of two cats and one metronome will, in fact, create hours of family fun.

...and thank you to Shawn for creatively solving one potential problem with my upcoming performance thingy at The Brooklyn Museum!  More on that coming soon.

...sometimes I also think about shoes.

While in Toronto, Lucy and I were recommended to visit the Bata Shoe Museum, whose motto is "For the curious".  How could we resist?

We loved it: world history as told through shoes.  Lucy has been studying the Renaissance and not really enjoying.  I know, I know, how can you not like the Renaissance?  Her contention that it is too heavy on men who believe that they knew how to do things better than anyone else does have the ring of truth to it but, still, it might be a little harsh to sum up the entire era that way.  Fortunately, a crack of light broke through her dark assessment when she spied these: 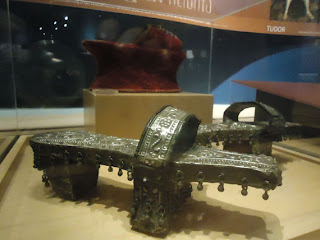 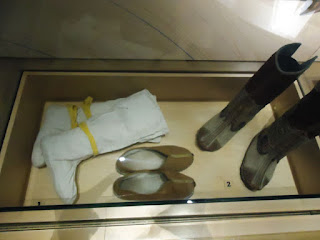 Zen Buddhist shoes from Japan in a section on shoes from world religions.  The Buddhist shoes were among the most dull, except for the Tibetan ones (of course).  Let's face it, if you are looking for visual excitement, Zen probably isn't the place for you.  Even as I write that, I am proving myself wrong in my head, but in the shoe department at least, it is true. 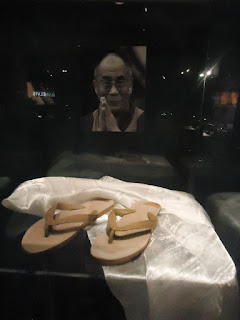 And speaking of Tibetans...the museum also boasts a collection of famous people's shoes, all of which were donated by the celebrities themselves.  From Justin Beiber to His Holiness the Dalai Lama, they have their shoes.  We were both delighted that HHtDL's contribution was a pair of very worn flip-flops.  Just when you thought you couldn't love him more....

We made a trip recently to Toronto.  The reasons had been piling up - friends to see, curators to schmooze with, and then there was the Marimekko exhibition at the Textile Museum.  Now that one can rent a room in someone's apartment for a most reasonable rate via the inter webs, such a trip is not an outlandish thing to do.  So we did it.

We visited with friends, including dear Colette.  It was a very good visit and worth the trip alone.  For those keeping track, she is holding her own and fiercely hoping to be back in Newfoundland this spring/summer.  I also fiercely share this hope.

As for those other things on our agenda, we braved the early March wind (winter does not disappear on March 1st in Toronto, in case you were wondering) and checked out Marimekko.  I loved it for the bold colour, of course, but also for the utopian lifestyle that the founders embodied as they developed their designs.  It was a whole culture, not just some fabric and dresses.  Similar to the Arts and Crafts movement, they believed that they could make the world a better place by making beautiful things.  And you know what?  The world is a better place for it. 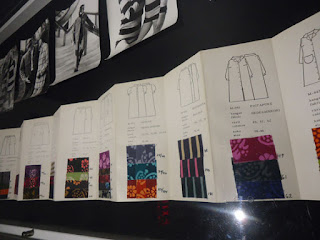