Recently, I reconnected with a group of artists with whom I collaborated several years ago.  They are theatre artists/performers (mainly) and our collaboration involved writers, other performers as well as a handful of visual artists.  We had ongoing conversations over the course of several months via a yahoo group (that's how long ago it was - it seemed like cutting edge stuff then!).  Based on these conversations, each visual artist created an installation inside of an abandoned refrigerator.  The installation became the starting point for the writers and performers to create a piece using the fridge.  We called it FridgeFest and it was presented in Philadelphia as part of their FingeFest (get it?  Fridge?  Fringe?).


It's heady stuff.  Nick (back row, third from left) and Gaby (front and center) love to dig into ideas and they are the driving force behind it all.  Although I have ideas that I am working with in my current projects, I don't have these kinds of conversations very often so it is quite fun and inspiring to be having them now.

One of the ideas that we talked about and continue to play with is the notion of ownership and value with regard to art.  In the last collaboration some of the writers were less than happy when their work was manipulated and changed.  They were the author!  What right did a visual artist or performer have to mess with their words?  We also talked about the layers of value that get added to art as it goes from the artist's hands to a collector/new owner.  For lack of a better term (although I think it is a great term), we named that "love".  We talked about rotating the resulting artworks among the collaborators homes, adding stories to the piece with each new place.  Would that process increase the value of the work?  What actually was the value?  The stories/love?  The idea?  The materials?

For some reason (and I am almost embarrassed to admit it), I thought about turning my fridge into a wardrobe and making a collection of clothes.  This is a little shocking to me because it feels like exactly the opposite direction that I am heading with my (other, non-collaborative) work.  Yet somehow this idea came to mind as we talked and I began liking it more and more.  Perhaps the word "clothes" is too confining to what describe what I have in mind, but we'll see.  The conversation is just beginning.

A group of us left the Monastery early (my stay there ended with a three-day, silent retreat) to drive down to the city so we could attend the People's Climate March.  Was it a bit bizarre to go from silence and a monastic setting to the streets of New York, crowded with 400,000 other people?  I will just say that I may have had a moment where I collapsed on someone slightly saying, "why must Zen training be so hard?!"  Beyond that moment of doubt that I could enter the fray on so little sleep, I would suggest that it might actually be just the right way to do it.  It certainly helped with any overly ernest notions or ideals that I have had about the whole thing.  Because, let's face it, if you can't have a sense of humor after three days of listening only to your own thoughts rolling through your mind, over and over and over, well...it's a hard life, indeed.

My own attempts at smartphone photography were, as one of my fellow marchers put it, sucky.  So I am borrowing one from the Associate Press. 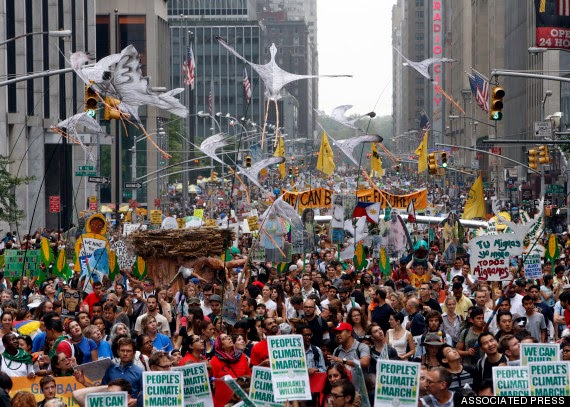 It was big.  It was peaceful (no arrests!).  It felt...good.  What will happen today and tomorrow and the next day?  I guess that remains up to us.  For me, it was a boost to not give up on a direction that often feels like a wearying swim against the tide.  Maybe the best message of the day was: you are not alone. People care.  Lots of people care, a lot.

When I hear the words "British, high-end, intellectual cat/fashion/philosophy/did I mention cat? magazine," I reach for my checkbook.

Some week's ago, the wonderful Alabama Chanin was having a sample sale.  Her DIY kits are normally priced way out of my range (we won't even talk about her ready-to-wear), but she does have big sales now and then when the price creeps just barely into range.  I do love everything about Alabama Chanin - the goal of sustainability, the way she respects her workers' talents and skills, and the fact that she creates beautiful things and then shares how to make said beautiful things with anyone willing to take the time and energy to make them.  Ok, you have to have the time, energy and a little cash in your bank account, but like I said, she has good sales a couple of times/year. 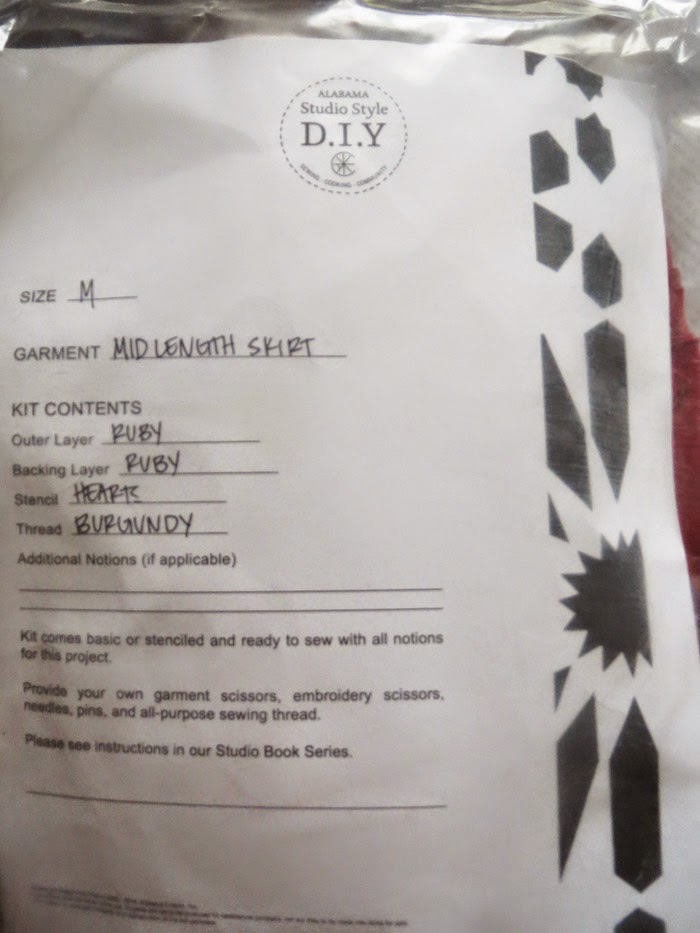 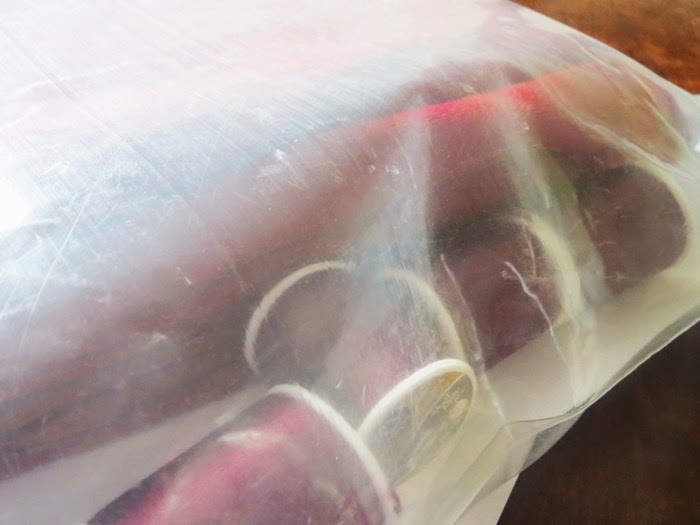 My kit has arrived.  Now to muster up the time and energy part of the equation.

So there you have it - marching for the planet with a dash of consumerism.  It's a mixed up world we live in!
Posted by Robyn at 2:35 PM No comments:

This space has been extra quiet because I am in residence at Zen Mountain Monastery for two weeks.  It isn't a special retreat or sesshin but just regular monastic life.  I am here specifically to sew two sets of cloths for the main altar.  They change them four times/year according to the season.  Last September, I came here and sewed the winter and spring altar cloths.  This year, I am making summer and fall.  Last year, it took me exactly the two weeks to make both sets.  This year, I am almost finished after one week.  I don't understand why it is going so much faster.  Maybe my sewing skills have improved? Maybe I am better after making the first two (this isn't quite convincing since I redesigned the pattern so it is new to me).  But whatever the case, they are lining up new sewing projects for me as quickly as you can say "My Precious Bernina".  I will not be idle during Week #2.

Here at the Monastery, there is no internet access during the weekly schedule, although I can take a quick look at email on the communal computer after supper if I hustle.  Remarkably, I realized that I can attend to any pressing emails in about ten minutes.  It begs the question of what I am doing exactly when I fritter away hours on the computer at home.  Oh, I do wish that I can make some real changes in this department.  There are, indeed, so many other things to do!

The exception to this no-internet rule is hosan - the off-schedule training period, as they call it here.  From Sunday afternoon to early Tuesday afternoon, there is no set schedule.  Sleep as late as you want!  Eat whenever and whatever you want!  Drive away and don't look back!  Until Tuesday, of course.  Last year, hosan loomed large.  Would I feel left-out and unloved as the other, long-term residents tottered off to various social events?  In response, I packed my time with visits and meals out, talking, talking, talking.  It was a mistake, as if I even have to say that out loud.  So, this year, I am being a little more cautious with my time.  A little visiting, a little laundry, a long yoga practice, reading, and some knitting in the lovely fall sunshine.

The new season has begun at bkbx!  Opening with a group exhibition of gallery artists, bkbx will kick off its new season and second year as project-in-residence at Proteus Gowanus.  You can see some images of the exhibition here.  I have three small pieces in it, which I am very pleased and honored to present along side the work of the other artists.  It is a short run - only up until September 26th, so hustle your wee self over there and see it!

The next exhibition will feature work by an artist new to bkbx, Jeremiah Dine.  It is sure to be excellent.  My show will happen in March and already I am pretty excited about it.  No rotating crochet in space but lots of surprises nonetheless.
Posted by Robyn at 11:41 AM No comments:

Without Neglecting A Single Fragment 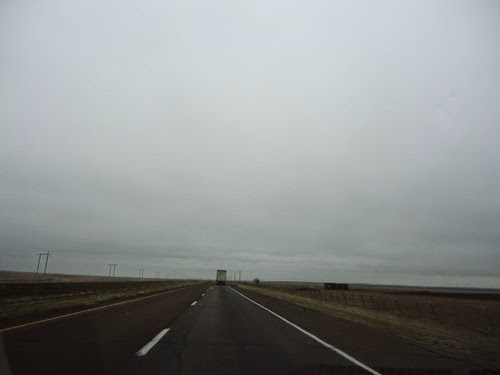 Empty and desireless, cold and thin, simple and genuine, this is how to strike down and fold up the remaining habits of many lives.  When the stains from old habits are exhausted, the original light appears, blazing through your skull, not admitting any other matters.  Vast and spacious, like sky and water merging during autumn, like snow and moon having the same color, this field is without boundary, beyond direction, magnificently one entity without edge or seam.   Further, when you turn within and drop off everything completely, realization occurs.  Right at the time of entirely dropping off, deliberation and discussion are one thousand or ten thousand miles away.  Still no principle is discernible, so what could there be to point to or explain?

People with the bottom of the bucket fallen out immediately find total trust.  So we are told simply to realize mutual response and explore mutual response, then turn around and enter the world.  Roam and play in samadhi.  Every detail appears before you.  Sound and form, echo and shadow, happen instantly without leaving traces.  The outside and myself do not dominate each other, only because no perceiving of objects comes between us. Only this non-perceiving encloses the empty space of the dharma realm’s majestic ten thousand forms.  People with the original face should enact and fully investigate the field without neglecting a single fragment.
Posted by Robyn at 6:56 PM 4 comments: