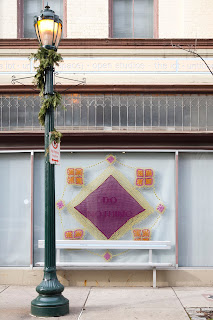 The exhibition, Instructions Not Included, curated by Martha Lewis at ArtSpace in New Haven, CT, closes this weekend.  There is a cocktail reception and artist talk on Saturday evening, so come if you can.  And it will be the last chance to see my piece, Do Nothing, in their front window!  Don't you love that they have a bench installed there so that you can begin to do nothing right away?

Yes, but with wool 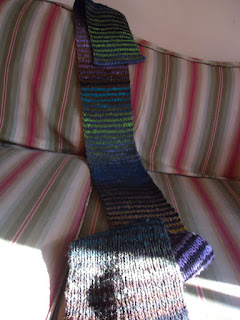 ...you can never have too many stripes and... 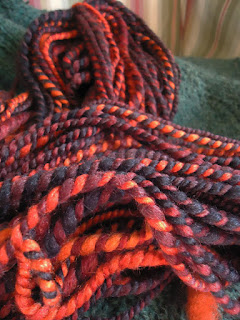 ...someone needs a colourful, soft hat.
(BFL/silk in a bulky two-ply spun from a hand painted fleece from Widdershins purchased almost one year ago in New Mexico - can you believe it?)

The Middle Of January Is A Perfect Time For A Celebration 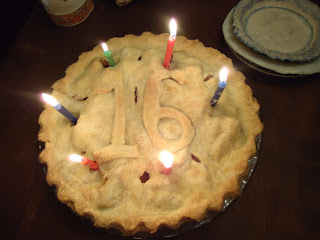 A man for whom a birthday cake is an apple pie. 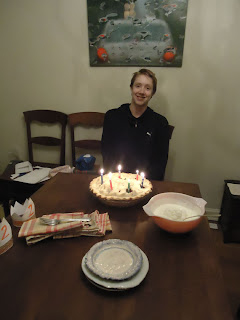 Rarely sighted and even more rarely photographed -  a genuine smile.  Must be that bowl of whipped cream waiting nearby... 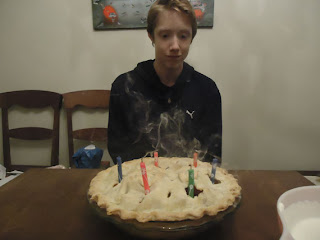 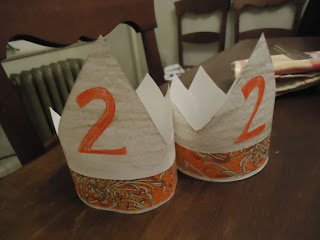 Finn was not the only one to celebrate and be celebrated.  Based on no factual evidence whatsoever, we decided that Finn's birthday would also be Olyve (I have been told it is spelled this way) and Webster's birthday.  F&L made them matching Kitty Kat Krowns. 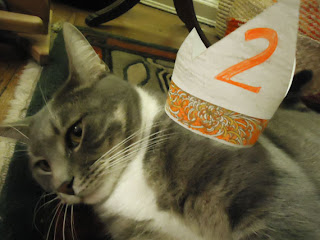 Webster was a little confused about the proper way to sport a crown.  Later, he also batted it about and chewed upon it. 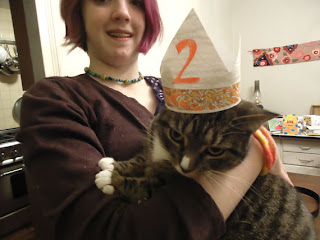 Olyve was a little more...compliant, but I see rebellion in her eyes.

Happy birthday to them all!

Chanting and Breathing and Magical Thinking...You Know You Wanna

We are coming down to the wire with teacher training.  This weekend is one of the last ones where we will be still receiving instruction - after this, it is almost all testing.  This weekend does include some testing as well - the dreaded chanting tests.  I haven't memorized them all but I have tried and I have learned a lot since we started almost a year ago.

I feel a huge, new appreciation for what chanting can teach us.  It is a very good memory tool but, perhaps more importantly, chanting can be a way of giving someone a voice.  It sounds a bit obvious, but there is something very powerful about simply sitting upright and chanting something with intention.  I am no singer - not by a long shot - but I have learned to chant in a passable voice.  When it all comes from my head or even from my throat...yikes...head for the hills.  It sounds dreadful.  But when it starts in the core and moves upward it is something else altogether.  This has been a very useful thing to learn.  Also, to learn to not be afraid of my own voice; to feel like I deserve to have a voice to be heard.  I fear that I am not the only woman on the planet who has spent a lot of time feeling silenced and, ultimately, growing comfortable in that silence.  It is no small thing to feel confident about being heard.  (For more on that in a different, yet related, way, I highly recommend this article.)

I see the look of horror on people's faces when I mention that we could chant in class, and I recognize it with total sympathy because it was my face not so long ago.  It has been such a liberating thing to learn to chant, even in my somewhat sad ass way, that I feel some compulsion to push people's comfort zone a little in that area.  It isn't about encouraging more "look at me!".  We have way too much of already in the world.  It is about encouraging people to occupy the ground they stand on.  It is impossible to chant with one foot out the door.  You have to commit fully to it in the moment it is happening and I think we could all use a little more practice with that.

Today, as I did my practice, I was very aware of moving with my breath very slowly - I think I take nearly twice as long as most people in the room - especially for those first ten sun salutations.  I did a breath count at one point and it was about an eight second inhale and exhale, which is still less than the ten second count that was traditionally recommended.  I see some people moving so quickly through their updogs and downdogs that I wonder if they are breathing at all, but I guess it is their practice to figure that out.  In any case, what really struck me today was how much energy I often put into maintaining tension in places that should be relaxed, like my face and my shoulders.  "Release your face bandha!" one of my teachers sometimes says.  Sometimes he just says, "remember when you first started coming and your neck muscles would be bulging out because you were so tense.."  Yah, yah, yah, we all have our issues.  It only has taken me three years to absorb the message.  We can't all be such quick learners.  Today I tried to really let go of needing to hold up the world with my jaw and my neck and shoulders.  Remarkably enough, I was much less tired by the end of the practice (and the world was still standing).  In fact, I felt quite invigorated.  Huh, who would have guessed?

That experience made me think about all the energy that goes into holding up the world, or maybe just myself, when I mentally bring a sense of tension and holding to my various identities - Robyn is an artist.  Robyn is a good mother.  Robyn is...fill in the blank.  Whew!  How exhausting.  Maybe some of that valuable energy could be put to better use elsewhere.

On our way up to the Monastery for Christmas (because, really, who does Christmas better than Zen monastics?  Seriously - we even had a cranking dance party where we raved until the late hour of 9:15 p.m.), I told my car mates to remind me to take photographs this year.  I told them that, if I was not seen with my camera in hand, to ask me what was wrong with me.  Then I changed that question to a statement: they were to tell me "There is something wrong with you."

Of course, I did not take one photograph.  The next day, when I complained of this situation, my former car mate (now dorm mate) said, "There is something wrong with you." 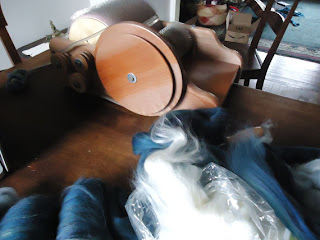 At least this year I lucked out once again with my sangha treasure secret santa gift recipient.  A known knitter with a love of water.  Could it get any easier?  I dusted off my drum carder and spun up a skein of watery thick and thin (no pictures of that, either). 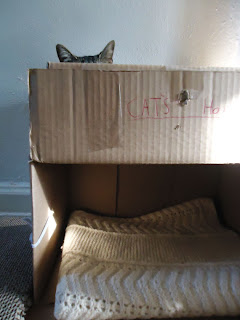 Meanwhile, Lucy has created a kitty kat kondo.  A 2BR duplex.  No doorman but excellent views of the food bowls and an easy commute to the litter box.  After a short bidding war, a victor emerged.

I know you are curled up with the warm glow of your computer and saying to yourself, "The new year is upon us...I wonder what yoga asana Robyn is planning to dedicate her year to working on?"  Well, far be for me to deny you this critical information.

In 2013, I will be taking the backwards step and re-visiting the asana that I was dedicated to 2011:  bhujapidasasna.  It has been kicking my ass for two years and I wholly expect it to continue in 2013 but I humbly submit to its will.  It has slowly been improving (key word: slowly) so let's say that my goal is that I will be able to come up from my forehead on the floor (still not ready for chin action) without falling over on my behind 75% of the time.  Modesty is key in this endeavour.  But, to up the ante just a wee bit, I will add that I will begin trying to jump from downdog into tittibhasana to begin the posture.

If you don't know what the heck I am talking about...congratulations.  It is dull stuff, really.  I have done this two years in a row and somehow that seems justification enough to bore you for another year with it.

Lucy, on the other hand, tossed modesty to the wind and made a list of 17 resolutions this afternoon.  I was pretty excited since they include wanting to keep her room clean and spending less time on her iPad.  By this evening, however, she had already downgraded some of them to "wish" or "priority" or "just a good idea".

Once again her wisdom belies her years.

May we all be wiser (and more compassionate to ourselves and others) in 2013!