It was very hot, it was very sunny. But this did not prevent people from sending messages to the universe. 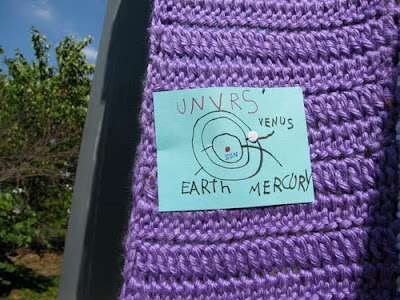 This one was from a boy who was about five. He seriously challenged me about exactly HOW the message was being sent to the universe. At first, he was clearly displeased with my answers. Already at five, he was more clear thinking and rational than I will ever be. But, at last, I said something that convinced him and he said, "Ok. I will send a message to the universe." Whew - dodged a bullet with that one!

Maker Faire is a strange combination of crazy artist and crazy scientist. I had one young woman tell me, when I explained that the wind would catch her message and send it into the universe, that there is no wind in the universe. Sheesh. Tough crowd for the poetic metaphors!

Others obliged. Here are some that stood out for me yesterday: 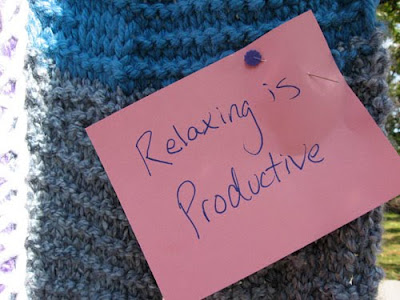 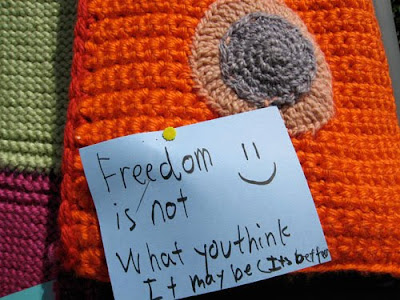 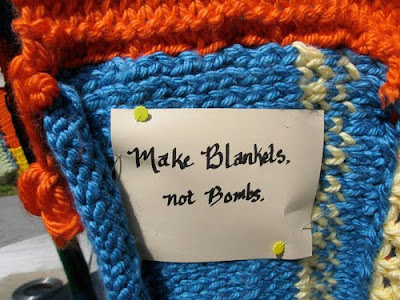 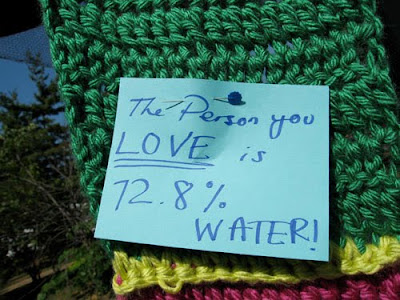 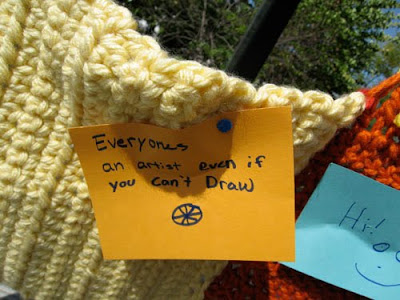 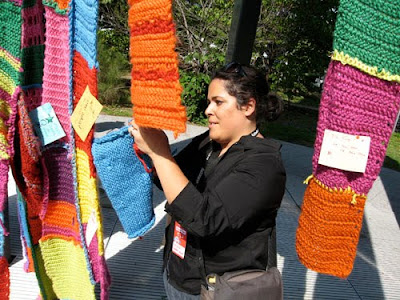 A square maker attaches her square. 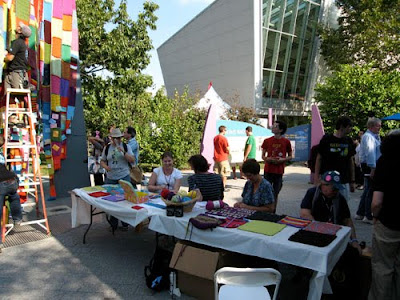 By the afternoon, my table was (finally) out of the beating sun. People were willing to pay the price of making a square for an opportunity to sit in the shade. 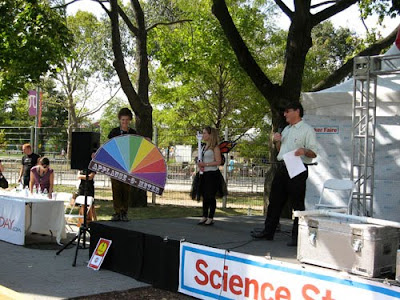 The other rocket was the site of the Science Stage, which featured a variety of music, magic, Einstein imitations and science tricks. Look! Here is a science celebrity - Ira Flatow, host of NPR's Science Friday program. I was actually kind of psyched to see him in person, even if he didn't so much as glance in the direction of my project. 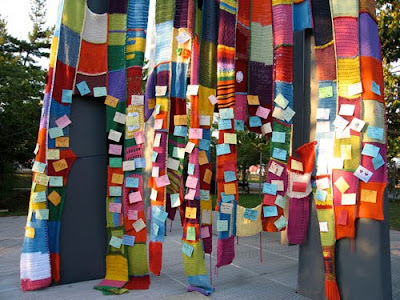 End of the day. Many messages sent. Many more to come.
Posted by Robyn at 9:24 AM